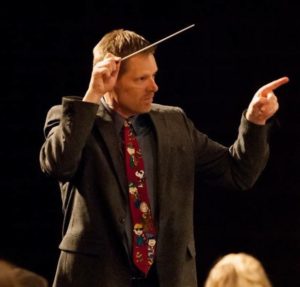 Rob Babel has been Band Director at Ft. Zumwalt North High School for 26 years. He leads the Panther Pride Marching Band, Wind Ensemble, Symphonic Band, Jazz Band and Jazz Lab Band.  In addition, he assists with beginning and intermediate band at North Middle School.  Under his direction, the Ft. Zumwalt North Wind Ensemble and Symphonic Band have consistently received the highest ‘Exemplary’ ratings at MSHSAA State Contest. The Panther Pride Marching Band has been a Bands of America St. Louis Super Regional Class AA Champion and Finalist and a 6-time BOA Regional Finalist. The North High Jazz Band has been featured four times at the Missouri Music Educators Conference and twice at the national conference for the Jazz Education Network. In addition, the FZN Jazz Band has presented concerts at the international band conference The Midwest Clinic, and is the only high school group in Missouri’s history to have performed three times at that event.

Mr. Babel has been recognized as the 2016 Missouri Music Educator of the Year and he received the Missouri Association for Jazz Education “Outstanding Jazz Educator” Award in 2019. He is also a recipient of the Charles Emmons Outstanding Band Director Award for the band director fraternity Phi Beta Mu, which has been awarded to only 30 Missouri directors. He has also been named the Ft. Zumwalt North Teacher of the Year, the St. Louis Metro District Eight Music Educator of the Year, and an O’Fallon Citizen of Achievement.  He also served as the assistant varsity baseball coach at FZN from 2001-2012. 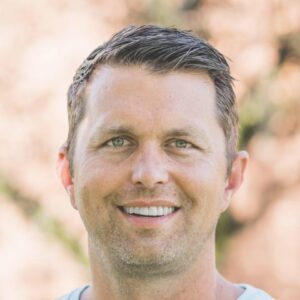 Patrick Stewart is in his 19th year of teaching and 14th in the Fort Zumwalt School District.  He is the director of bands at  Fort Zumwalt North Middle School and the assistant at North High School.  His responsibilities include directing all beginning band students as well as the 7th and 8th grade concert bands.  He assists at the high school level with the concert band and is the marching and brass instructor for the Panther Pride Marching Band.  His 2016 NMS 8th Grade Concert Band was the first ensemble in school history to perform at the Missouri Music Educators Association Conference and he was named the NMS “Teacher of the Year” in 2015.  The 8th Grade Concert Band made their second appearance at the MMEA Conference in 2020.  His bands at NMS have earned superior ‘I” ratings at every adjudicated event since he took over the program.  Mr. Stewart is a 2003 graduate of Southeast Missouri State University where he studied trumpet with Dr. Marc Fulgham and conducting with Dr. Robert Gifford and Mr. Barry Bernhardt. He previously taught at East Prairie (MO) and Sullivan (MO).  He is in demand across the state as an instructor, adjudicator, and clinician.  Mr. Stewart currently resides in O’Fallon with his wife Carmen and their children Sean, Carson, and Vivian.

Matt Schultz started his teaching career at Fort Zumwalt North in 2015 after student teaching with Rob Babel and Patrick Stewart. He is the assistant director for both the high school and middle school programs, woodwind instructor for the marching band, and middle school jazz director. Matt has served 4 years as the St. Louis Metro 8 Middle School Jazz Vice-President. He also runs his own private saxophone studio, with many of his students earning district and state level recognition. An active musician, Matt has performed with many jazz legends such as Clark Terry, John Pizzarelli, Tom Scott, Bob Mintzer, and Wayne Bergeron.